With the latest Star Wars film coming out on Thursday the 14 of December (this coming Thursday), I thought I’d post a recipe I recently made: 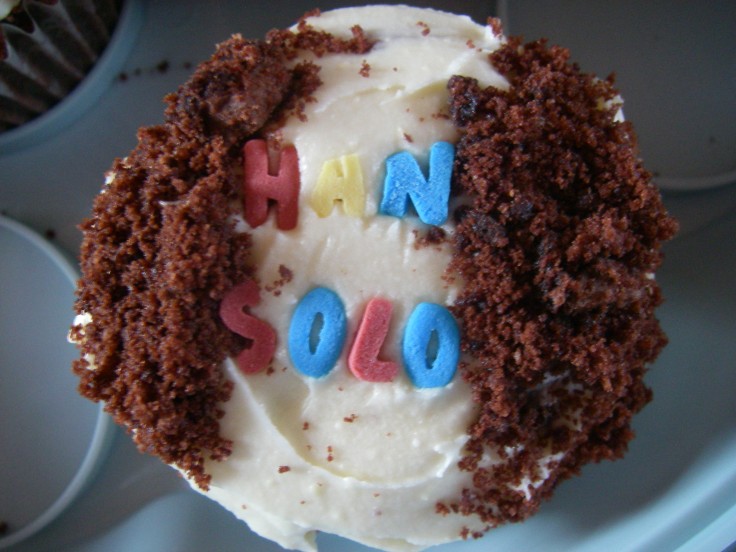 For those of you that don’t know me, Harrison Ford was my first love. Han Solo and Indiana Jones were my heroes and I often played Indiana Jones on the playground and made my friends be the damsels in distress that I had to rescue. So, for the Star Wars viewing party I had over the weekend where we watched the original trilogy (unadulterated) followed by The Force Awakens, I made a few Star Wars treats. One idea, I found online- Jabba the Hummus. 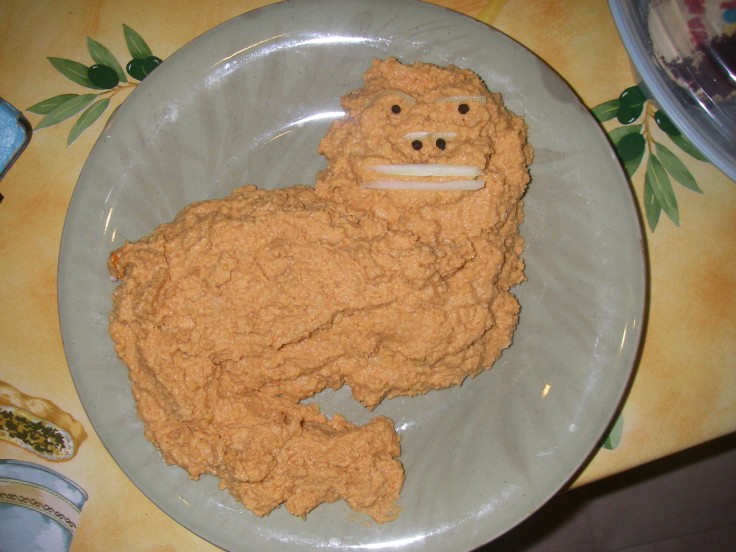 I love a good pun. For the cupcakes, I decided on an homage to my hero’s classic black and white look (the black waistcoat over the white shirt but also metaphorically the good and bad of the loveable Scoundrel).

Let’s not forget the most important lesson:

The cupcakes are half chocolate cake, half vanilla cake with chocolate cookie bits mixed into both as well as crumbled onto the buttercream icing. I used sprinkle letters that I had on hand already but you could easily use piping icing instead. The chocolate side is based on Mary Berry’s Chocolate Cupcake recipe. The Vanilla side is a recipe from my Mum.

Icing Sugar and Milk to consistency

To mix chocolate side: Sift Cocoa powder into a mixing bowl. Add the boiling water and mix into a smooth thick paste. Add the remaining ingredients and mix until combined. Mix in nearly Half of crumbled cookies.

The two mixes will be different consistencies. This is OK.

Take the remaining cookie crumbles and wizz in a food processor until fine enough to sprinkle onto icing. If you want, you could use black piping icing on the top instead of cookie crumbles. The amount of cookie crumbles in the batters depends on how much you want in them. This isn’t a science; they are scoundrel cookies after all.

Grease or line cupcake tins. Spoon cake mixtures into half of each container (I mean half like half moon so mixtures are side by side not one on top of another). I find the chocolate mixture easier to scoop first as mine was thicker and held up in only half so the vanilla mix could easily be spooned into the other half. Fill 2/3rds full. Bake for 20 min or until toothpick inserted comes out clean.

To make icing: I never measure my icing ingredients as I’m used to making buttercream icing. This is a simple buttercream icing recipe so if you need amounts, I’m sure you can find details online. I use about 2TB of butter. Then mix in some icing sugar until mixture is hard to mix. Add a splash of milk (a little goes a long way) and vanilla to soften the mixture. If too soft, add more icing sugar. Alternate icing sugar and milk until you get a consistency that is easy to spread but not so soft it will drip off the cupcake. I find it’s good to taste as you go too. 🙂

Spread or pipe icing onto baked and cooled cupcakes (completely cooled or icing will melt off). Scatter cookie dust onto sides of cupcake to illustrate waistcoat. Letter with your desired phrase.

And may the force be with you! 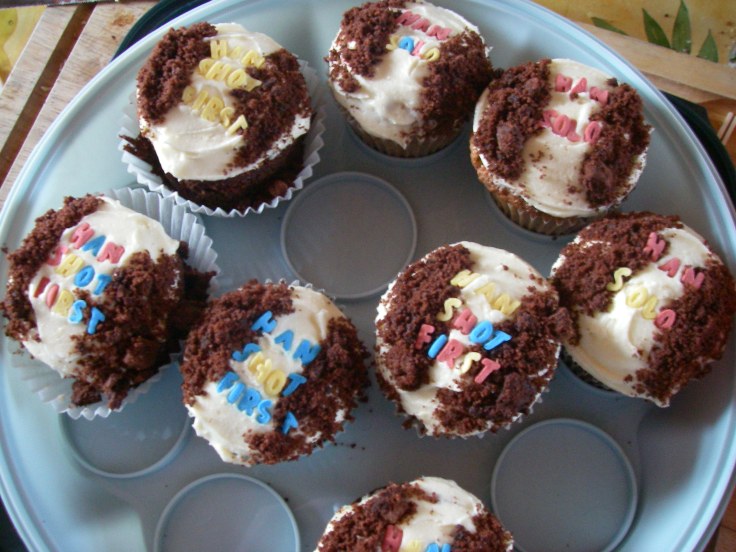